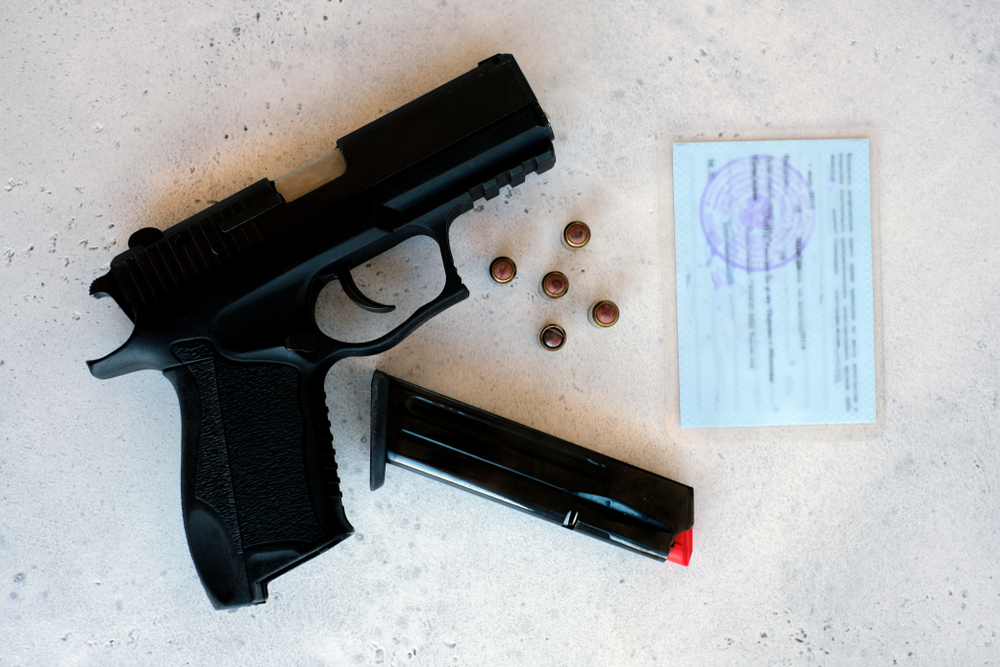 In the last installment of this series, we discussed beginner tips for concealed carry and also gun-owning in general. Among the topics discussed were clothing such as belts, pants and undershirts, gun maintenance, gun accessories, and a common shooting injury called slide bite.  The following will touch on more tips and topics that both beginners and those with more advanced skills might not know.

DASA guns use a combination of both of these, with the first trigger squeeze using the double-action mechanism and the follow-up shots being single action. This kind has become more popular because the longer and heavier trigger pull of the first shot requires greater intent to fire followed by a string of lighter trigger presses resulting in faster and more accurate follow-up shots.

Most current carry firearms fall under the category of a Striker-fired handgun. These don’t utilize a hammer, like those previously mentioned, but instead use a mechanism called a striker. This mechanism is held back under the tension of a spring before releasing. This is designed to mimic the longer, heavier trigger press of a double-action gun. Striker-fired guns also do not require a manual safety (the safety mechanisms are built into the gun). This means that under stress, there is one less thing for a shooter to think about. Ultimately, striker-fired handguns are the best option for self-defense or a concealed carry firearm.

For most handguns, the action in the trigger is the distance traveled by the trigger from its resting point to the wall. The terms of stage 1 and stage 2 triggers refer to how many steps the gun mechanics need to go through in order to take a shot, similar to double action and single action. Stage 1 guns, often precision rifles, do not have any delay in the trigger coming back to the wall. Stage 2 guns are most often handguns, and they have an initial delay in bringing the trigger back, then fire in the second stage.

There are a number of factors when deciding which trigger is the best for you. It all depends on what you will be using your gun for. Generally, the shorter the reset on a trigger, the better, especially if you need to shoot fast in a self-defense situation. The reset is the amount of time it takes the trigger to go from the wall back to the reset point, where you can reapply pressure and take another shot. Many people like a tactile or audible reset where they can hear or feel the reset in the trigger. Ultimately, whatever gun you practice with, you will get better at pulling that kind of trigger.

A gun will have one of two different types of safety mechanisms. An active safety is a mechanic that you have to actively choose to activate or deactivate. A passive safety automatically deactivates when you fire the gun. Passive safeties are the most common type. They also have less margin for error because you do not have to remember to activate it in a fast-paced situation.

There is a misconception that an active safety is inherently safer because you have control of whether it is activated or not, but that is not always the case. If you’re considering an active safety because you’re about accidentally setting it off, focus on carrying it safely in a holster so that nothing can have access to the trigger guard. In the end, it is recommended that you get comfortable enough with the gun mechanics where you won’t have a need for an active safety.

The purpose of night sights is to make it easier to see when shooting in the dark. They can glow on their own or charge up by the light around them. While this accessory is a more practical upgrade for your gun, it can be expensive, so they are not necessary. It is recommended that beginners start with a high contrast front sight rather than a full-on night sight. A situation in which you need to shoot in complete darkness will not come often enough to justify investing in a night sight.

You want to be able to trust that your CCW works when you need to use it, so reliability is another aspect to take into account. Ideally, an unreliable gun shouldn’t be in the equation if you put effort into being educated and choosing a reliable gun in the first place. A 100% reliable gun is not realistic, but what should cause concern is if it has malfunctions often. Practice shooting to make sure there is not more than one malfunction per 500 rounds.

If you do find your gun malfunctions too frequently, it might not be the gun itself, but other factors. The state of the magazine, ammunition choice, and the maintenance of the gun all can have an effect on the reliability rate of your CCW.

There is a wide variety of ammo to purchase for your concealed carry, but it is most likely that you’ll be looking for ammo catered to self-defense. Your ammo should be high quality, newly purchased and modern. Older or lower-quality ammo can increase the likelihood of a gun malfunction. This being said, quality doesn’t need to be sacrificed for price. If you find two bullets perform similarly, but one is less expensive, save your money and buy the less expensive one. A useful resource for doing ammo research is the ballistics tests on the website Luckygunner.com that rate based on consistency and penetration.

Similar to a dominant hand or foot, most people have a dominant eye. What makes it dominant is that the images coming through that eye get to your brain quicker and more efficiently, so your brain favors that eye. Using the wrong eye to line up your sights can have a massive impact on shooting precision, so make sure to use your dominant eye. You will always want to shoot with both eyes open, especially in a defensive context, as that gives you a wider field of view.

Get the Best Preparation for Concealed Carry at Soteria Training Academy

Soteria Training Academy provides expert pistol training with an emphasis on safety. Whether you’re a beginner in the world of firearms, or already have a wealth of experience, we look forward to helping your shooting skill set. Contact us today by visiting our website, or call us at (410) 216-3176 to learn more.